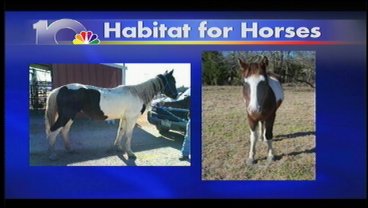 FANNIN CO., TX - A judge has awarded custody of several seized animals to Habitat for Horses.

Nine allegedly malnourished miniature donkeys and seven horses were rescued from a Leonard, Texas ranch a few weeks ago. According to authorities, more than two dozen animals were found dead on the property.

The animals were temporarily placed in the care of Habitat for Horses, until this past Thursday when a judge granted them permanent custody. Since the animals were seized in January, the organization has provided them with rehabilitative care, and says the donkeys and horses are doing much better.