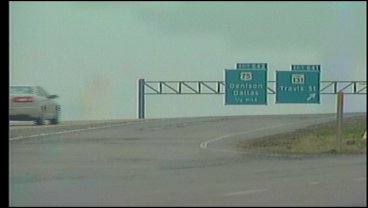 SHERMAN, TX - A man was struck and killed along Highway 82 in Sherman Sunday morning. Police say he had stopped his car to change a flat tire.

Sherman Police are not releasing many details at this time, saying the investigation is ongoing. But authorities did tell KTEN the accident happened in the eastbound lane of traffic on Highway 82 between FM 1417 and Highway 75 around 4 a.m. Sunday.

A 20-year-old man, believed to be from the Sherman area, pulled over onto the shoulder to replace a flat tire when a passing vehicle clipped him and his vehicle.

The man was rushed to Texoma Medical Center where he was pronounced dead a short time later. Authorities are not releasing his name until his family can be notified.

No details have been released about the other driver. Police are still looking into the crash, but say it is possible that person could face charges. Sherman's Critical Accident Team did reconstruct the collision this morning.

Stay with KTEN News for any developments.