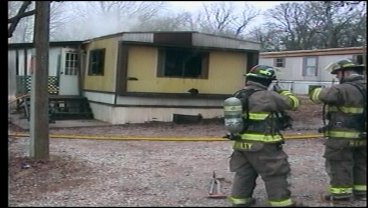 GRAYSON CO., TX - A fire tore through a Tom Bean home Saturday night. Several different crews were called out to a house fire on FM 697 around 7 p.m.

When fire fighters arrived on scene they reported smoke coming from the second story of a wood frame home.

Grayson County authorities say Whitewright and Tom Bean firefighters were able to put the flames out quickly. No one was injured.

A fire destroyed part of a Denison home Saturday afternoon off Spur 503. Denison firefighters said the fire started in the kitchen. They were able to put it out quickly, but not before serious smoke damage was done throughout the home. Red Cross is now assisting the home owner.