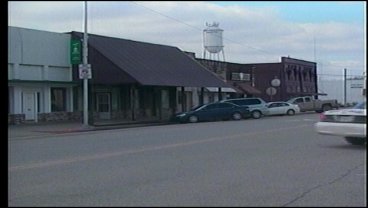 ARDMORE, OK -- Part of the Governor Brad Henry's plan calls for eliminating the REAP funding in the 2011 budget to help save the state more than 13-million dollars.  Meredith Saldana has more on what this means for those communities here in Texoma that benefit from the money.

For small communities with 7,ooo people or fewer, coming up with a large sum of money can be quite difficult.  That's where REAP comes in.  They provide grants to help those small towns and counties.  But Governor Henry's proposal to cut the program is causing concern across Texoma.  Marietta Fire Chief Mike Cohoon says, "I wish he wouldn't."  Brooke Smith-Chapman added, "it's going to devastate us.  It really will, it will take away funds that are vital to every part of our everyday function."  Brooke Chapman in Love County recently applied for a 50-thousand dollar grant to help put together a proposed communications center for the county.  The county was granted the money.  Chapman said, "without that 50,000 dollar grant we would not be able to even put up that building much less furnish it or wire it or make it available for people to actually do their jobs in it."  The money is also given to volunteer fire departments.  Cohoon said, "well we're a volunteer fire department and it affects us a whole lot.  It keeps our doors open, fuel in our tanks.  It keeps protective gear on our people, protective gloves, coats and boots and all that to go in and protect the people."  Lone Grove has also received money from REAP in years past.  City Manager Marianne Elfert says the money has helped with projects that the city couldn't afford, but if the REAP funds are cut, they won't be in a bind.  Elfert said, "you don't necessarily look to REAP to fund everything but combined with resources from the city REAP makes those things that improve a city that much better and happen quicker.  We will survive but it will deter our ability to improve and progress so we fully support it and would like to have it maintained."  The REAP budget was on the line last year as well,   but Representatives Buck, Owenby and Senator Johnnie Crutchfield fought to make sure it was included.  Chapman said, "I really do hope they fight for small town USA.  Because we don't have the funds that the big cities have and the big counties have. We have these grants."  Representative Buck says they intend to do everything they can to save these funds.