County Expects to have Money to Repair Leavenworth Trail in 2012 - KTEN.com - Texoma news, weather and sports

County Expects to have Money to Repair Leavenworth Trail in 2012 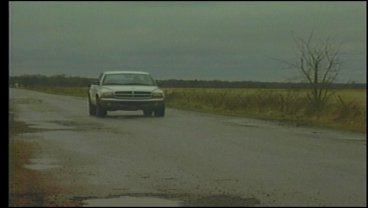 BRYAN COUNTY, OK -- Leavenworth Trail, it's the busiest county road in Bryan County. But, the local shortcut is also a subject of complaints for residents because of it's bumpy surface. Deeda Payton reports on the county's continuing efforts to repair the popular route.

It's narrow, it's bumpy, but it can also shave five or six minutes off your trip. Bryan County residents know, we're talking about Leavenworth Trail. "It's hairy, scary and bumpy."

Recently, the county repaired the first two miles of Leavenworth Trail starting at highway 70 with federal stimulus dollars. "It was the only time as a commissioner that we spent nearly two-million dollars on a road project and the only results were complaints from our citizens who lived down the road," said County Commissioner, Monty Montgomery.

But, residents say the county started at the wrong end. "The residents that live here, it's heavily populated here where there's really not that many people that live on the other end." the worst part, they say, is closer to Colbert than Mead.

"We plan on within the next four to five years having that complete all the way from highway 70 to highway 69/75 but you can't do a project like that all at one time," Commissioner Montgomery. The county has applied for more federal dollars and are even at the top of the list, but if and when they are approved, it will only pay for the next three to five miles.

It's a step-by-step process that the county expects to have all the money for by 2012, but it's averaging about a million dollars a mile. for now, though, motorists should be patient and brace themselves for the power of the potholes, big repairs are in this road's future.