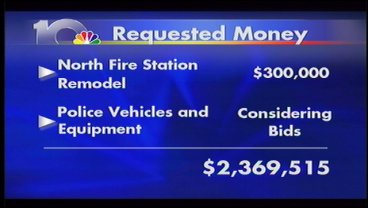 DURANT, OK -- The Durant City Council approved requests to build a new police department, furnish public buildings and remodel a fire station in special session Wednesday. Deeda Payton reports on where all the money will come from.

The city says they have already been approved for the loans to pay for all of the requests. They say it's all part of their long range planning that they decided at the budget meetings at the beginning of the fiscal year.

Here's how it all break down financially:
-The council approved spending about $28,000 to furnish the Criminal Investigation Building they recently remodeled.

-They approved another $41,500 to furnish the new Central Fire Station.

-They also approved $300,00 to remodel the North Fire Substation.

-Plus the cost to purchase five new police vehicles.