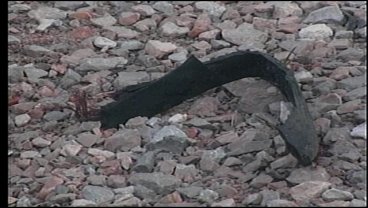 It was breaking news Wednesday morning, in Love County on I-35, north of the Winstar casino. Meredith Saldana has more on the morning rollover and what happened.

It was originally reported as a bus crash with 9 people injured and troopers say they're not sure why it was called in that way.

It was instead, a truck that wrecked carrying 9 people.

The truck lost control and rolled onto the drivers side at the southbound, eight mile marker, bridge.

Crews quickly cleaned up the scene, but I-35 was shut down along that stretch of road for a brief time.

OHP Trooper Ken Duncan tells me there were 4 or 5 kids sitting on the laps of adults in the truck.

None of them were buckled in.

Luckily, no one was seriously injured.

Everyone treated at Mercy Memorial Hospital was released.

The adults in the car did receive tickets for not properly buckling up those kids.