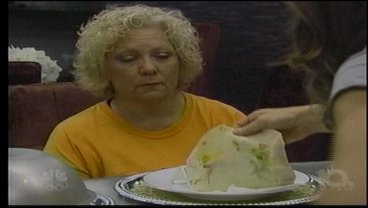 Well, we've been telling you about the George family who've been battling the scale as they fight each week to shed pounds and earn another week on the Biggest Loser Ranch. If you've been watching the show, you've seen them start dropping the pounds, but there's something they say they struggle with back at home. Meredith Saldana has more on this story.

Daris and Cheryl George said one of their biggest issues back at home, is finding time to eat healthy.

We visited a health food store Tuesday, who says they can actually be faster than a fast food restaurant.

If you call your order in, they'll have it ready when you arrive!

If you're driving down Commerce Street in the city of Ardmore, you'll find fast food restaurants in just about any direction you look.

And it's something our Ardmore contestants on the Biggest Loser said is an issue for them.

But we may have found a healthy alternative.

Veggies in Ardmore offers only plant based foods, full of fiber, cholesterol free and low fat.

Something owner Mary Bernt says is crucial for area residents.

"Health is a major issue. If you look around Ardmore especially, you're going to find that there are a lot of people who could lose a few pounds and who are struggling with their health, says Bernt. "If you have health you have everything."

John Millea says he recommends Veggies, "I love the salad bar here. They have lots of really good stuff."

"With veggies everything is so bright and beautiful and fresh," says Holly Millea.  "I mean she won't serve something that isn't fresh today."

Customers say it's what's in the health food at Veggie's that makes it a better, healthier choice.

"If you go to a fast food joint or a donut shop, you could eat a whole box of donuts and not feel full," says John Millea. "You could eat several Taco Bell burritos or hamburgers. But the food here at Veggies is filling because there's lots of fiber and you're getting full on healthy stuff."

Holly Millea says she hopes the George's keep up their healthy habits when they return home.

"Easy to do when you've got a bunch of crews hanging around and you've got all these coaches but what the real test is for these people on this show is can they keep it off? And, if they want to keep it off they're gonna have to start eating at Veggies!