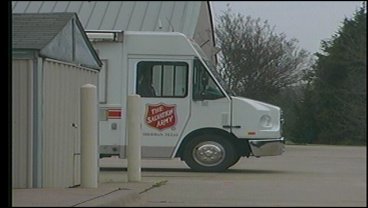 SHERMAN, TX -- A local Salvation Army Captain is arrested on drug charges. According to Sherman Police, Captain David Grigsbay was arrested for drug possession of crack cocaine. He was booked into the Grayson County Jail on felony charges, but has since bonded out. Deeda Payton has more.

Captain Grigsbay is well-known in the community for helping others in need, so the arrest is unbelievable to many who are close to him.

Sherman Police say an anonymous tip on Saturday led to the arrest. The caller said a man was smoking crack in a camper on Clay Lane. "We can't go into details in regards to a confession, but when officers arrived they did make contact with him and they did find crack cocaine in his possession and they were able to determine that he had been using the crack cocaine prior to their arrival."

As for our local Salvation Army, Lt. Col. Ritson says it will be business as usual and they will still offer all of their regular services.