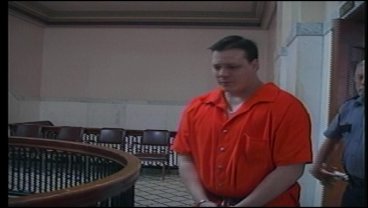 Lee Purser, 27, was found not guilty, in a Carter County courtroom, by reason of insanity. Meredith Saldana was there when the verdict was announced, she has more on this story.

You may remember, in December, Purser waived his right to a jury trial.

So the ultimate decision was up to District Judge Tom Walker.

Monday, after about an hour, Walker announced the verdict, not guilty by reason of insanity.

Meaning that at the time of the murder, Purser didn't understand that what he was doing was wrong.

And while he won't be serving time in the penitentiary, he may be sent to a secure institution.

"He'll be evaluated," says Ladd. "We're going to come back on March 19th and have a hearing to decide where he goes from here. I am confident he will go to an institution."

Ladd says there are a complex number of steps involved in making that decision.

Including a review board, judges involvement as well as involvement by the DA's office and says it's a very complicated process.

He says while he respects the judge's decision, based on circumstantial evidence, he felt strongly that Purser knew what he was doing was wrong at the time of his mother's death.

Of course we'll let you know when a decision is made as to whether or not he'll be sent to an institution and for how long.