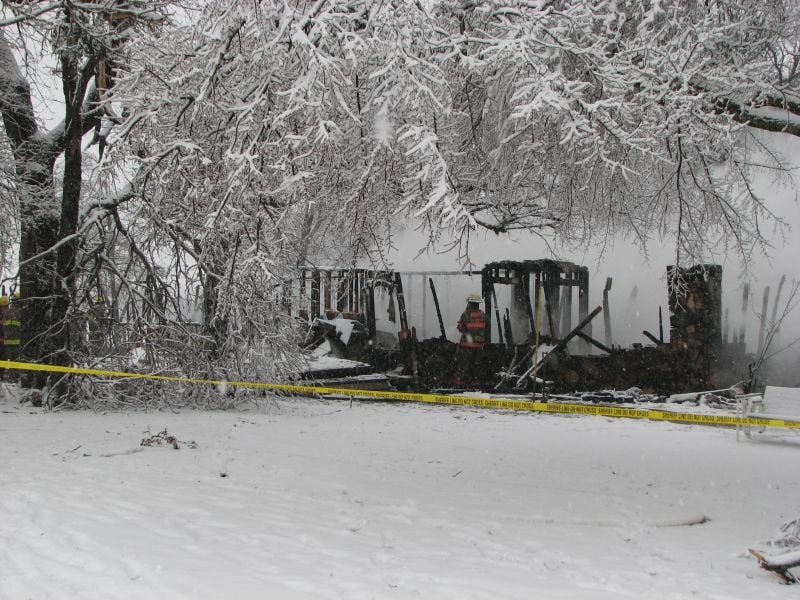 Assistant Fire Chief Rob Johnson said all firefighters responded to the call of an explosion called in by a neighbor on County Road 3530 northwest of town.

On the scene, he said firefighters found a house in rubble and a large ball of fire. "It happened real quick, it was already on the ground. It had to be an explosion."

He said the older couple in the two thousand square foot home was using something highly flammable as a heating source, but the state fire marshal continues to investigate the exact cause of the explosion.

Volunteers from nearby fire departments helped bring water to the scene of the explosion. The man of the home was transported to Valley View Hospital with burns over most of his body.

Johnson said he will later have to go to a burn unit in Oklahoma City or Dallas. He was coherent enough at the scene to tell firefighters where his wife was in the home when it exploded. But she couldn't be saved at that point.