Making the Decision to Cancel Classes 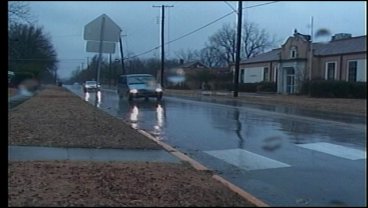 Ardmore city schools made the call to cancel classes early Thursday, afternoon. Meredith Saldana met with school officials to find out exactly what goes in to making such a big decision.

We took a look at the factors they take into consideration before making such a big decision.

The Ardmore School District says there are many important factors they have to take into consideration before deciding whether or not to cancel classes.

Chris Kennedy with the ardmore school's says while the kids are in class, his crew is busy keeping a close eye on the weather.

"We're monitoring every hour by the hour," says Kennedy.

About 1,300 children rely on the school busses for transportation, so road conditions are a critical factor.

"Black ice is very, very critical to us. I mean that's the first thing. With a little bit of snow we can run them, but when it comes to black ice it's something that we're not gonna take a chance on."

Black ice poses a very dangerous threat to the busses and Kennedy says the children's safety, is a top priority.

"Very scary, I mean it's a large bus. The main thing is the precious cargo we have on them so that's the main concern, first of all."

While several area schools did cancel class on Thursday, Kennedy says without a doubt, their decision to allow school to be in session, was the right decision.