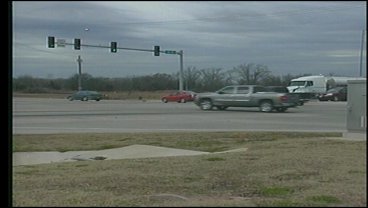 BRYAN COUNTY, OK -- A list released by Oklahoma's Department of Transportation reveals some of the most dangerous intersections in the state by looking at where the most fatal accidents and injury accidents take place. Two well-known intersections in Bryan County made the top ten.


The intersection at highway 69/75 and Choctaw Road in Durant is number seven on ODOT's list because of the number of people who have been seriously hurt or killed at that location. But, a traffic engineer for ODOT says that this list is based on data taken over the course of the past five years so they are already making improvements. They are putting in a bypass just north of the location, and they are widening highway 69 business just east of the location to provide an alternative route to hopefully ease the amount of traffic there.

Highway 70 at Streetman Road in Mead made number eight on that list. But, once again, this is based on past data, so ODOT has already widened highway 70 in that area from a two-lane, two-way highway to four lanes including a turn lane. An improvement that odot believes could alleviate the danger and take them off the list.