A Denison Police Cruiser Crashes into a Utility Pole 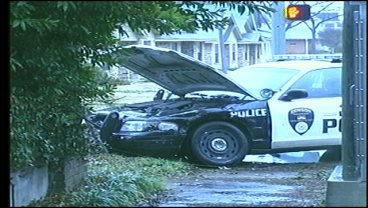 DENISON, TX -- Around two o'clock Saturday afternoon, a Denison patrol car crashed into a utility pole at the corner of Morton Street and Tone.

The accident happened around two o'clock as the officer was responding to an accident. The Department of Public Safety was called to investigate. They say the officer had his lights and siren on as he ran a red light, but another car traveling northbound on Tone didn't see the officer and crashed into the patrol car.

No one was seriously injured, but the officer was taken to TMC for minor injures. The crash sent the patrol car into a utility pole and street sign, but no citations were given to either driver. DPS says the officer failed to use due care and caution while responding to a call.