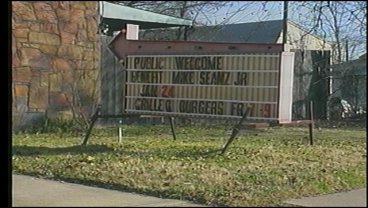 Texoma is stepping up to help a man fight his battle with an incurable cancer.

Mike A. Saenz Jr. has survived a 6 year fight with multiple myeloma, a bone marrow cancer that eats away at a persons bones.  Now in his 6th year, the cancer is back and Mike's doctor says he needs another round of chemotherapy as soon as possible.  Mike turned down his second round of chemotherapy because he knew this time around he would not be able to afford treatment.

When he was first diagnosed, he was employed with health insurance but after he was forced to go on social security disability and he says it's not enough to pay for his medication and cover the cost of his treatments.  That's why Texoma is stepping him, helping him raise the funds to get the treatments he needs to prolong his life.

Mike says after his treatments if he has money left over he will donate the money to another person suffering from multiple myeloma.

Mike's fundraiser is on Sunday, January 24th at the American Legion Post 62 in Denison.  Post 62 is located on 419 W. Crawford Street.  The festivities begin at noon with a brisket lunch and bands will perform around 2pm.  There will also be auctions and raffles throughout the day to help raise money.