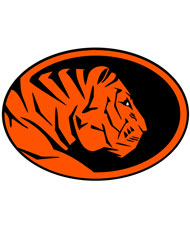 The win snapped a four-game losing streak for ECU, which improved to 9-7 overall and 1-2 in the LSC North.

The game was tied at 66-all before Cox nailed two free throws with 1:47 to go. Rawls converted two more charities with :16 remaining to make it 73-68.

The Lady Tigers' Krista Bullis knocked down two free shots with :07 left to make it 75-69 and then freshman guard Jourdan Clark, who finished with 13 points, sealed it with a pair from the line in the final second.

Cox hit 9-of-13 field-goal attempts on the night while going 3-of-5 from the line to go with eight rebounds and a pair of steals.

The Lions, who fell to 4-11 and 1-2, received a game-high 22 points from Genevieve Campbell, who also pulled down a game-leading 11 rebounds. A&M-Commerce held a 53-40 rebounding advantage and had three less turnovers than ECU, 19-16. However, the Lady Tigers fared much better from the field than in the previous four games as they hit at a 43.9 percent pace on Wednesday and was 14-of-20 from the line for the game (70 percent).

The Lions shot just 34.2 percent from the field overall. Also reaching double figures for A&M-Commerce were Mattilyn McIntyre with 14, followed by Nikki Garner and Sarah Duran with 10 apiece.

ECU held three 12-point leads in the second half. The first came off a Rawls 3-pointer with 8:25 remaining and Cox later hit layups for 58-46 and 60-48 Lady Tiger advantages before the Lions stormed back to tie it up.

The next action for ECU will be Saturday as it hosts Northeastern State at 2 p.m. inside the Kerr Activities Center in Ada for another LSC North contest.