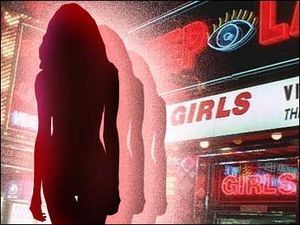 The council approved hiring a consultant to study the effects that sexually oriented businesses have on communities.  They want to commission this study to serve as justification for rewriting the current city ordinances governing these types of businesses.  Denison already has ordinances on the books governing adult businesses, but those ordinances aren't backed up by any type of data.  Denison is using Dallas as an example.  Dallas tried several times to enact new adult business ordinances, only to have them ruled illegal in court, until the city of Dallas commissioned a similar type study.  Denison Mayor Robert Brady said, "There's no sense trying to reinvent the wheel.  There's been other communities that have gone through this.  We're going to take some time and go through some of those ordinances and try to come up with something that makes sense for our community."  The city attorney already has the consultant picked out.  She will begin her work very soon.  The entire process, including rewriting the city ordinances on adult businesses, could take anywhere from 6-weeks to a few months.