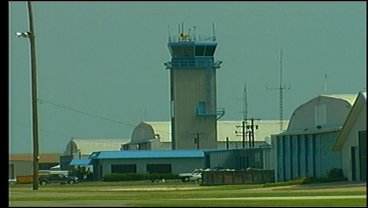 GRAYSON CO., TX - The Air Safety Flight Academy, which is fairly new to the North Texas Regional Airport, has temporarily suspended operations. The company made the announcement Tuesday.

In 2009 the flight school received incentives from Sherman, Denison and Pottsboro, which included money up-front to help off-set the expense of moving in. The company's memo noted that it is reliant upon about $2 million dollars from the Chinese and Air Safety Flight Academy relies heavily on international students training at the airport.

Tony Kaai, President of the Denison Development Alliance, said his organization will be looking at the flight school's whole program and what the issue is - whether it is a cash flow issue and go from there. That could mean the cities involved looking for a return of incentives and cash. That much is in the incentive agreement contract, Kaai said, but he remained hopeful that the flight school can work through the difficulties this tough economy produces.