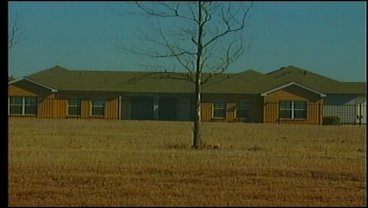 GRAYSON COUNTY, TX -- A couple of our local senior communities had some of their pipes freeze and burst which damaged some of the residents apartments. Deeda Payton has the story.

Apparently the pipes that burst were in the ceilings of the senior's apartments which, a local plumber tells me, is pretty standard. The only problem, he says, is that with such cold temperatures there is really no way to protect the pipes and prevent the rupture and damage.

Wesley Village is an assisted living retirement community in Denison. They refused to go on camera, but told us over the phone that on Saturday they had two pipes burst in the attic above two resident's apartments. No one was injured, but the residents have been relocated to another apartment while their rooms are dried out and repaired. Now, they are looking at ways to prevent a future problem.

The Park Manor Senior Center in Sherman experienced a similar problem with pipes in the ceiling freezing and bursting.

Denison plumber, Doug Brown, says that pipes in the ceiling are no more prone to freezing and bursting than pipes running anywhere else. He isn't sure there is anyway to prevent the problem when the temperature falls as low as it did over the weekend, but his advice would be to run the heat and open the vents to the attic.