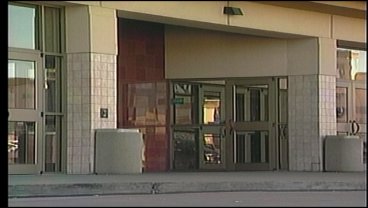 City leaders want more information from the theater developers before moving forward with the project.  They'll take 30-days to gather that information and work with the developers.  We were the first to tell you Monday night that Durant city leaders were even considering supporting such a project.  Several people emailed us their opinion.  Most were negative.  A couple were positive.  Overtaxed citizen said in part: "we need another movie theater like we need a hole in the head... Durant needs to clean up the theater we have now and find another use for 600k."  Proud citizen said: "tax dollars should not be used to facilitate this type of business. The money could be better spent on improving our dilapidated streets."  And New to Durant said: "I think it is a fantastic idea to get a new movie theater in Durant.  Don't you think we need something new and fresh so people will come *to* Durant and spend their money and *not* go out of town???  And that last one illustrates exactly why we're outside the Sherman Cinemark Theater.  Businesses neighboring this theater believe it's made all the difference in the world.  From Logan's Roadhouse, to Red Lobster, to Cheddars, businesses along what appears to be restaurant row at Sherman's Town Center all agree that having the Cinemark Theater as a neighbor is a boon to business.  Bobby Spencer, Logan's Roadhouse Manager, said, "just we look forward to taking care of all guests coming and going from the movie theater, or even if they're not we'd love to have them come in and see us."  And that's exactly why Durant Mayor Jerry Tomlinson believes approving the $600K tax increment district is a step in the right direction for the city.  Tomlinson said, "it'll provide jobs and that's part of what the city and industrial authority are about.  And in providing those jobs and the entertainment, it will affect a large number of people here."  It's also important to clarify two points.  One: part of the deal includes the new theater buying the older one downtown and closing it.  And two... the new theater will essentially pay back the sales tax dollars to the city over time.