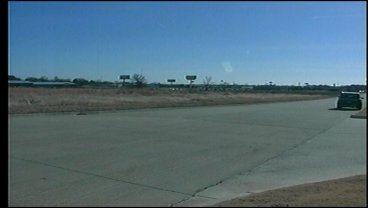 DURANT, OK -- Tax dollars going to work to bring yet another new business to rapidly growing Durant.  It's not official yet, but it could be by Tuesday afternoon.  KTEN's Chris Severy reports.

Right now, the city of Durant only has one movie theater with just four screens.  But if all goes according to plan, those numbers could double within the next year.  The Durant City Council will  meet in special session tomorrow afternoon to consider creating a special tax increment district.  What that means in plain English is that the city wants to use sales tax dollars to create economic development.  The project proposed to receive some of that economic development money is a new eight screen movie theater.  It would go in near the Sears and other new businesses in the area of University Blvd. and Criswell Rd.  Tommy Kramer with Durant Economic Development said, " This is just a great project for our citizens.  It's an entertainment venue and it's another step forward for team Durant."  If the council gives the go-ahead Tuesday, the ground breaking will happen immediately.  We've also learned tonight that Durant is poised to give the company building the movie theater up to $600K to help with the project.  Here's the fly in the ointment though.  With the new theater, the mayor of Durant told us Monday, the old movie theater down on Main St. in Durant will close.