Man Accused of Attacking Women with a Hatchet Surrenders in Ardmore 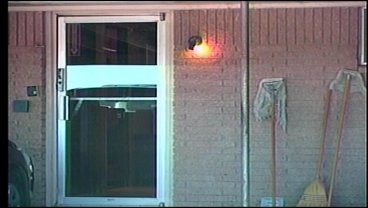 A strange situation Sunday for law enforcement in Ardmore.  A man who reportedly tried to kill 3 women early Saturday morning in Warr Acres, Oklahoma, showed up at the back door of the Oklahoma Highway Patrol office in Ardmore.  Meredith Saldana met with troopers and has more on this story.

Law enforcement agencies statewide were searching for the man after he was suspected of attempting to kill 3 women with a hatchet like weapon.

Sunday afternoon, he was believed to have been down near the Oklahoma/Texas border.

But instead, he turned up in Ardmore.

Oklahoma Highway Patrol dispatchers were in for quite a surprise Sunday afternoon.

When the man showed up at their back door telling dispatchers there was a warrant out for his arrest and he was ready to turn himself in.

OHP Trooper Rocky Northcutt says he's been with OHP, in Ardmore, for 13 years and he's never seen anyone turn themselves in like that.

"He stood right there out that back door just standing there like nothing was going on waiting for the law to arrive," says Northcutt.

Warr Acres detectives later showed up at the Carter County jail, arrested him and transported him back to Warr Acres.

Police say Loy was arrested for 3 counts of assault with a dangerous weapon with the intent to commit murder.

We're told, the victims drove themselves to the hospital and are expected to recover.