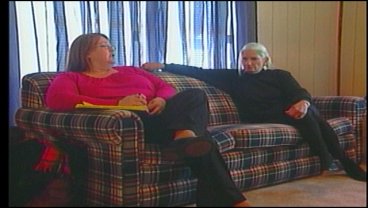 DENISON, TX -- 83% of Texas prisons are filled with drug and alcohol offenders. But, for women especially, it can be extremely difficult acclimating back into the community. That's why a Denison woman has started a transitional living facility specifically for women who are battling addictions. Deeda Payton spoke to the founder of Heaven's Helper's House about the need.

Grayson County has shelters for homeless teens, men battling addiction and battered women and children, but until now they have not had a shelter for women who are trying to get off drugs and get back into society.

Dominique Carroll, a Denison native and mother of two, is the driving force behind Heaven's Helper's House in Denison.

She opened the transitional living facility for women after needing such a facility for herself after she was released from prison in September. She did two years for a drug-related offense. "It was just put in my heart that we needed someplace that would be a safe haven that women coming out of addiction could actually come and get back on their feet."

Three months later, she welcomed her first resident. But, it hasn't been easy. Her own mother didn't even believe she would follow through with it. "I didn't believe a thing. I've had a daughter that is a drug addict and our family has lived through it, it's very hard. I wanted to see it," said Nadine Powell.

Now her mother is her biggest supporter, but Dominique still feels guilty about the past, especially for the time spent away from her daughters. "I just really think about how they got hurt my time was easy. It was harder on my family."

Her residents share similar stories. "I was on the streets, I didn't know where to go, my family did not support me," said Janice Mayo, who has been sober since 2005. "I was very relapse prone," said Ava Little.

Now, even though Dominique is in charge, all of the women in this house hold each other accountable and they are all taking it one day at a time. "I'm just real strong right now," said April Niblett who is eight months pregnant.

Dominique says "If I can save one person from going through what I went through then this house has more than paid for itself."

If you are interested in donating to Heaven's Helper's House or if you need help or know of someone who does, contact Dominique Carroll at 469.237.6883 or you can visit the facility. It is located at 1021 S. Armstrong in Denison.

Classes for residents on finance, budgeting, cooking, etc. to help them transition into the community and learn to care for themselves.