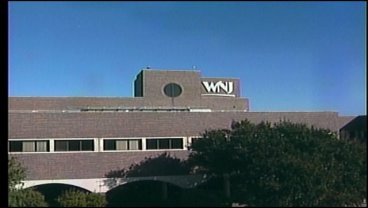 GRAYSON CO., TX --  Thursday, Sherman's Wilson N. Jones Medical Center announced it expects to go from a non-profit to a for-profit hospital by the end of this month.  KTEN's Chris Severy reports.

Completion of the deal, in the works for months, would give Grayson County two for-profit hospitals for the first time.  What's at stake is the future of health care for tens of thousands across Texoma.  Wilson N. Jones Hospital, organized in 1928, dedicated from the beginning to serve the City of Sherman and its citizens as a not-for-profit organization.  But that's about to change.  WNJ President and CEO Pat Flynn says, "We're still going through the steps you have to go through on the sale of a hospital."  Within a month, the sale should be complete.  It would join them with the state's largest hospital network, Texas Health Resources.  Flynn added, "Over time you're going to notice great differences.  You're going to see a development of programs and a depth of services that we on our own would probably not have been able to accomplish."  According to Flynn, the partnership will lead to a healthy competition with Texoma Medical Center and its new facility.  TMC CEO Dr. Mackey Watkins agrees.  He says, "When you're part of a system as we are nowadays and as they will soon be, your access to capital is better and so I think friendly competition is a very good thing."  And that friendly competition, both men say, will only serve to benefit all Texoma residents.  Dr. Watkins said, "I think it does improve quality and patient safety issues because I'm sure they're looking at what we're doing on some of the indicators just as we're interested in how they're doing on some of those indicators."  Flynn added, "We like to compete on quality.  We like to compete on patient satisfaction.  We like to compete on patient safety."  Competition that's about to heat up health care here in Texoma.