Arrest Made in Bakery Robbery in Sherman - KTEN.com - Texoma news, weather and sports

Arrest Made in Bakery Robbery in Sherman 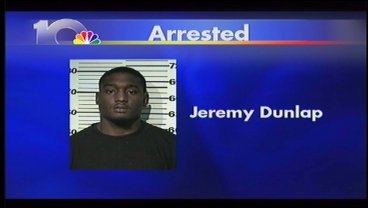 SHERMAN, TX -- A Sherman bakery is robbed at gunpoint and police have made an arrest. Deeda Payton sat down with store employees who are speaking out about the crime.

Bakery employees say they are glad that the suspect they identified is behind bars, but they believe there are two others who played a role in the crime that are still at large.

Guerrero's Bakery is located inside a neighborhood store in the 900 block of East Lamar Street in Sherman. Tuesday night, was just like any other night. Customers coming and going until, according to police and this surveillance video, the man stepped up to the counter. And, employees say he wasn't alone. "They came inside and at one point they talked to each other but we didn't know they were planning to do something like that," said Homero Prapo.

The store's surveillance video shows the man waiting for customers to leave before approaching the clerks at the cash register. That's when he demanded the cash and pointed a hand gun at one of the clerks. "He didn't know exactly what was happening cause we never had anything like this before and they were scared, him and the other girl."

Even though the suspect took off on foot with about 1,800 dollars in cash, the clerks didn't give up. They chased after him. "They went to see where he went all the way to the end of the building because at that point like he say they just react."

The female clerk reacted by calling police who followed the suspect just a few blocks to his home. "Through the course of the investigation both the Sherman K-9s were involved they did a track on the subject from the store, ended up going to the 800 block of East Houston Street and ending up locating the subject."

Along the way, police found what they believe to be the suspect's gun and jacket. "They went back with the photographic line up of the individual and the store clerk identified the subject as being the individual who committed the robbery."

Dunlap is in the Grayson County Jail on a $101,000 bond. As for the two other possible suspects that were pointed out on the surveillance video by store employees, police say they have not been arrested. However, the incident is still under investigation.