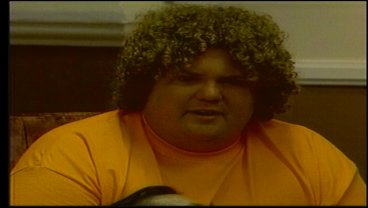 Tuesday night is the premier of The Biggest Loser: Couples! And, as we've told you an Ardmore mother and son are out at the ranch competing for The Biggest Loser title.  Meredith Saldana has more on their story.

One of the most popular new year's resolutions is to lose weight and Cheryl and Daris George are starting their new year's weight loss journey on national TV!

Daris and his mother Cheryl will appear, Tuesday night, on NBC's The Biggest Loser couples with 20 0ther contestants as they compete to drop the pounds, win challenges and keep their spots on the Biggest Loser Ranch.

Cheryl may look familiar to you, she and her husband own the Sears in Ardmore on Commerce.

Her 25-year old son, Daris, is a graduate of Plainview High School.

We visited their Sears store Tuesday where employees say they're excited that Cheryl and Daris were given such an amazing opportunity to shed their extra pounds.

Employee Jared Taylor says, "Well, Daris has worked really hard for this. I mean, like you were talking about earlier, he sent in many videos and tried for years to do this. He's wanted to lose weight for a long time he just never had the, I don't know, never had the support system to do it I guess.  Now that he's doing it I mean he seems to be a lot happier person. "