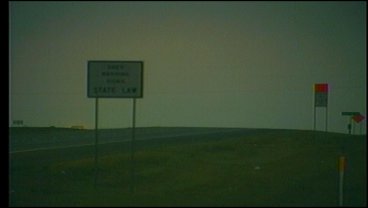 GRAYSON CO., TX - Two teens were killed, and another injured, when the Ford Focus they were riding in crashed just after midnight Sunday along U.S. Highway 82 west of Sherman.

Sherman Police say 18-year-old Dale Everett Thomas, of Sherman, and Kendall Golden, a 16-year-old Whitesboro girl, are dead following the late night tragedy. A 16-year-old Sherman boy was taken to TMC and was later transported to Parkland Hospital in Dallas for surgery. His name and condition has yet to be released.

The crash happened along U.S. Highway 82, near the new State Highway 289 just after midnight. Traffic was blocked for several hours while crews cleared the scene. Sherman PD's Critical Accident Investigation Team spent the wee hours of the morning piecing together the fatal accident.

Authorities have not determine the exact cause of the accident, but are saying that speed played a factor.

"I'm not sure whether (alcohol) was a factor at this point, " said Sgt. Stephen Dean. "I do know that speed was a factor. They were apparently traveling at a high rate of speed."