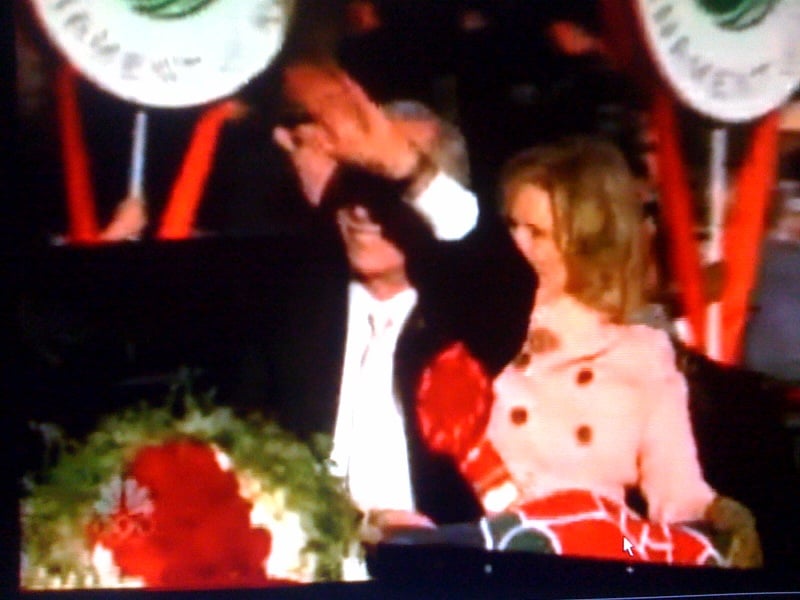 It's one of the largest flower deliveries in the United States and tens of thousands turn out to enjoy it. The 121st Tournament of Roses Parade in Pasadena, California.

Shoulder-to-shoulder and several rows deep, people of all ages and cultures unite to celebrate this annual new year's day tradition.

This year's parade theme was "a cut above the rest," so who better to serve as grand marshal than Denison's own Capt. Chesley "Sully" Sullenberger, the US Airways pilot who successfully ditched his wounded passenger jet into New York's Hudson River a year ago.

The increasingly sophisticated floats average hundreds of thousands of flowers along with other organic materials.

Along with floats, popular attractions are the many college and military bands that play, national equestrian units and other animal related attractions such as the crowd-pleasing snowboarding bull dogs on dick van patten's natural balance float.

Some parade attendees started camping out as early as the wee morning hours of Thursday morning and, despite the huge crowd, police say there were no major incidents or injuries.

The parade route is about five and a half miles long and takes about two and a half hours to complete.