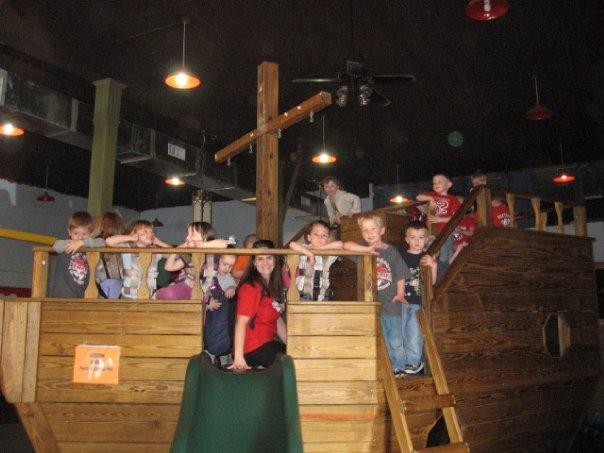 Children from around Texoma gathered at the area's children museum Thursday at noon to countdown to the new year. Although a half day earlier than usual, these are youngsters didn't mind, didn't have to fight a bedtime, and all agreed it's midnight somewhere in the world.

For four years, the Texoma Children's Museum has hosted a New Year's get-together for area youth, and usually there's a theme. The first year, the museum picked India as the theme, since that country celebrated the New Year at noon Texoma time. This year, the theme was having fun.

Thursday at 11 a.m., out came the sparkling apple juice, the party hats and whistles, and the countdown began 10 seconds to noon Thursday.

Sasha Best, director of the Texoma Children's Museum, said this is one of the most exciting events in the life of the museum. "We're thrilled with the turnout, it was wonderful. This year has been good for the museum. As a non-profit, it's good to just have our doors open. But there's a lot to celebrate! Good exhibits and good times are coming this spring."

The children's museum plans to have a Chinese New Year's celebration in February, as youth in Texoma continue to learn about other cultures through interactive programs here. Just so you know, it's going to be the Year of the Dragon.