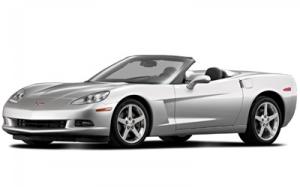 General Motors is recalling some 22,000 Chevrolet Corvettes, because of potentially leaky roofs, National Highway Traffic Safety Administration said Wednesday.
The recall includes 2005-2007 model year Corvettes with removable roofs and 2006-2007 Corvette Z06s.
GM's recall includes 2005-2007 model year Corvettes with removable roofs and 2006-2007 Corvette Z06s.
A problem with the adhesive between the roof panel and the frame could cause them to pull apart, the agency said.
"If there is a complete separation, the roof panel may detach from the vehicle," according to the NHTSA. "If this were to occur while the vehicle was being driven, it could strike a following vehicle and cause injury and/or property damage."
Dealers will install a new design roof panel free of charge to correct the problem, NHTSA said in its recall notice.
The safety recall is expected to begin next month. Owners are being told to call Chevrolet at 1-800-630-2438 or log on at www.gmownercenter.com.