How the Old TMC is Affecting its Neighboring Businesses - KTEN.com - Texoma news, weather and sports

How the Old TMC is Affecting its Neighboring Businesses 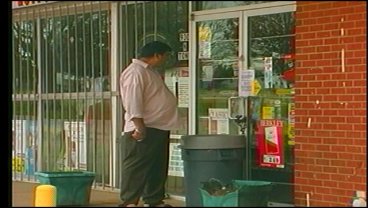 DENISON, TX -- AS planned, the old Texoma Medical Center is now empty and for sale. What wasn't planned is the economic slowdown at some neighboring businesses so early on. Deeda Payton has more on how the emptiness is spreading across the street and what is being done to sell the old hospital.

For lease and for sale signs, that's what you see when you drive past the businesses surrounding the old Texoma Medical Center.

It's only been a couple days since the hospital moved from highway 91 in Denison, and already a quick shop across the street is feeling the pinch. J's Corner Shop Owner, Nick Singh, says "I lost everything! I lost groceries, everything when he locked the doors. I lost money, too much!" A loss this business owner blames on a lack of traffic and he's afraid it won't get any better.

But, nearby doctor's offices are more optimistic. "All of our patients who have been coming for quite some time now, I don't think they are going to change to another doctor just cause we're not close to the hospital," said Cecily Kemp.

The old hospital is for sale. Price tag? $7 million for 380,000 square feet. Some call it a good deal. The Denison Development Alliance, that has been asked to market it, calls it a big project. A project they have handed over to their secret weapon, a local retiree and volunteer. "I had no idea how addicting it was and it's not a 16 hour a week job." Jim Tygart is responsible for Vox Packaging, a development we announced just two weeks ago that's moving to Denison. "It was the most sincere thanks I've ever had and there's a great deal of gratification and that creates urgency for me to move this hospital."

There is a list of about 1700 potential buyers including pharmaceutical companies, engineering firms and research companies. "What we're looking for is a middle tier company that may have problems getting financed, that would appreciate a facility that is reasonably priced." But, Tygart says it will not be a short sale. He says it could take 10 years or more. As for the local businesses, "If my entire livelihood depended on that hospital, I would be concerned."

Residents could see more for sale signs go up in the neighborhood before they see any come down.

Tygart says TMC will continue to maintain the facility and the property. He says instead of looking at this empty hospital as a big problem, he looks at it like a big opportunity to double the amount of jobs in the area.

Turning the old TMC into a veterans hospital is also not out of the question.