The Search for a New Ardmore Police Chief Continues 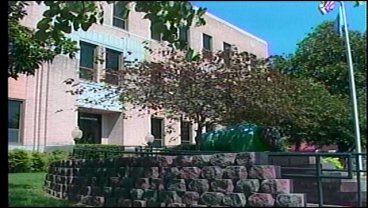 Just a few months ago the city of Ardmore went through many changes.  Among those changes were the resignation of City Manager Dan Parrott and the Police Chief David Leonardo.  Now, Meredith Saldana has an update now on where the city stands in the search for a police chief.

A citizen's committee that was formed to help narrow down a candidate for police chief has already met once.

And City Manager JD Spohn says the committee of 5 already seems to be working well together.

The committee's job is to meet and review the applications for the new Ardmore Police Chief.

City Commissioners say they will have nothing to do with the selection.

The group will select their recommendation then take it to Spohn who will then take that choice into consideration when he appoints the new chief.

Mayor Martin Dire says he hopes to have the position filled by February 1st, but says it's also important to take the time necessary to make the right decision for the city of Ardmore.

Of course we'll let you know as soon as a decision is made.