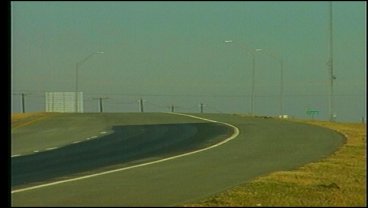 GRAYSON COUNTY, TX -- An update now to the highway 289 expansion. County commissioners met Monday morning to discuss the project, but so far no exact date has been given to open the roadway to drivers. Deeda Payton reports on the delay.

The stretch of highway 289 between highway 56 and fm 120 was set to open more than a week ago, but now the county says fingers crossed it will open before the first of the year.

The highway 289 expansion is a 59-million-dollar project that was supposed to be open to motorists before Christmas. The project is under budget, but construction problems and bad weather are causing delays.

The county says the contractor has fixed most of the problems like how the road slopes to allow for proper drainage. But, the highway still needs striping and rumble strips. "TXDOT has approved the project and the road meaning the majority of the project has been done." said Grayson County Judge Drue Bynum. "We're still hoping to get it open before the first of the year. I'm keeping my fingers crossed." said Commissioner Gene Short.

The good news is Judge Bynum says the county has the money to make that first bond payment if necessary because the project is under budget. We will keep you posted on what happens.