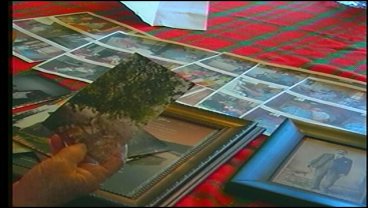 Family is important and for one man it became a mission to find out more about a father he barely knew and a mother he never met.

George Abraham's parents were immigrants from Lebanon who traveled to America for a better life.  Both died young, leaving a family of eleven wondering about their heritage.  The mystery, seemed to plague George the most.

When his daughter gave him a computer as a gift, it was then he began his search.  "He told me he found a Lebanese website, it was similar to the white pages.  He said he would write a story and see if anyone would respond", says his wife, Ivah Abraham.  But no one did.  He daughter stepped in, narrowing his search and that's when one person responded.  It turned out to be George's third cousin.  After discussing family history and sharing stories, George knew he needed to make a trip back to the place his parents were born.

George's health was failing but he made the journey along with his wife and other family members.  "George told me he had to find his roots, even if he came back in a coffin, he wanted to make that journey."

Once in Lebanon, his parents story unraveled.  "His parents lived 7 miles apart but did not meet until they moved to the United States," said Ivah.  Once the journey was complete, George knew he had accomplished what he had yearned for most.  "He told me while he was sick, that he had don't everything he wanted to do."

That left him and his family at peace.  George, along with his brothers have all passed on but their heritage and their unique story lives on.