Coleman Teacher Out Of Jail, Facing Sexual Assault of A Child Charges 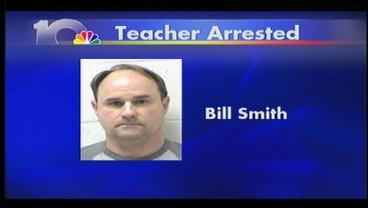 DURANT, OK - A Coleman school teacher has bonded out of jail after being accused of sexually assaulting a 15-year-old boy.

Bill Smith posted his $150,00 bail on Tuesday. He was booked into the Bryan County Jail on Saturday after an investigation by the Durant Police department.

The investigation is still ongoing, but Durant Police tell us Smith is a teacher in the Coleman School District in Johnston County. He's been employed there for years.

Durant Police say some of the alleged incidents may have happened in Durant and on a church trip. Both the victim and the accused provided police with statements last week. Durant PD is working with several other agencies on this case and say it is possible more charges could be filed.