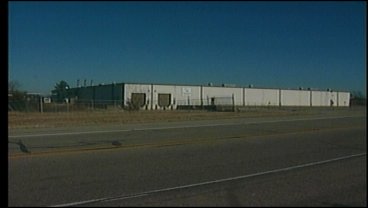 The company is Vox Packaging, a sister company to Vox Printing of Oklahoma City.  And they're not wasting any time getting the Denison operations going.  The Denison Development Alliance announced that Vox Packaging will move into the old Levi Strauss building on Hwy 84.  It was most recently occupied by Venture Packaging.  Crews will begin updating and renovating the building immediately and it will be fully operational by January 4, 2010.  Vox Packaging President Robert Reid said, "Using our existing customers from Oklahoma City, bringing some of their work down here that fits this equipment here and then expansion.  I think they were up to about 30 people before.  We'd like to see that quickly and then grow past that."  If you're interested in applying for a job with Vox packaging, click the link below to download an application.  Or, you can drop by Snelling Personnel Services on Texoma Pkwy in Sherman and fill out an application there.  The interview process will start next week.