Family of Ada Teen Killed in Pursuit Speaks Out 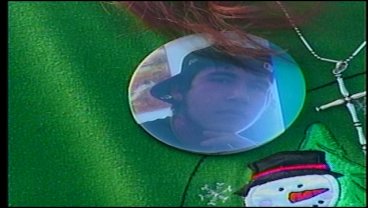 Last month an 18 year old young man was killed after a police pursuit in Pontotoc County. Thursday, the trooper who clipped Joshua Kelley's SUV is back at work and the family wants answers.  Meredith Saldana met with them and has more on this story.

Josh Kelley's grandparents say there are so many questions that haven't been answered and they just want to know what happened to their grandson.

The Townsend's raised their grandson until he was 14-years old.

They say he had a rough life, but was a good person.

Last month he was allegedly driving drunk and refused to pull over when OHP troopers turned on their lights and sirens.

The SUV then rolled, ejecting Kelley, who was pronounced dead at the scene.

Now, his grandmother, Tawana Townsend says, "I just don't feel like it had to happen like this. And I don't understand how come they cleared the officer when it was a high speed.  The things I hear that the maneuver he used was a dangerous one."

We spoke with OHP who says they completed their investigation into the incident.

They say the chase was initiated by Kelley's decision to flee police.

And at that point, the trooper had to think of others on the road who's lives may also have been at risk.

Kelley's grandparents say they don't think their grandson was given enough time to fully understand what he was doing.

But OHP says, their primary mission is saving lives.

And their job is to end the chase, as soon as possible.

Kelley's grandfather tells me he's a believer that those who drive drunk should be punished, but he wishes things hadn't ended this way.

OHP says Trooper McKee was justified in his decision to perform the maneuver and that's why he's back at work.