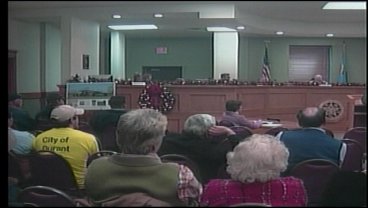 DURANT, OK---The city council met in a special meeting to discuss changes to the way city employees are paid. Michelle Gillespie reports. Today, the city council approved what's called a performance-based pay package for their employees; that means, beginning in July of next year, employees will be paid based on how well they do their job.

According to city officials, the reason for doing this is to consolidate the pay raise process and to hold supervisors and employees accountable for their work.

Right now, city employees can get pay raises for different reasons depending on their cost of living expenses and their position in their department. With this new pay package, an employee can be given a raise based on a performance evaluation done by a supervisor. So, if the employee is a good worker, the idea is he or she would be compensated for that hard work.

"I think it's something we're going to have educate employees on and let them know that this is something to their benefit and listen to their input and over the next six to seven months; we're prepared to do that through the committee process," says Durant City Manager Jim Dunegan.

Dunegan says the components of this new pay package plan are not set in stone just yet. For now, he plans to organize a committee that will work with city employees to get their input and opinions on the new payment plan.

Some city employees I spoke with today were confused about how these changes could affect the amount on their pay check, but the city manager says these changes will not result in a pay cut--in fact, some employees could stand to make more than they do now.