Donations for Children's Hats and Gloves are Down - KTEN.com - Texoma news, weather and sports

Donations for Children's Hats and Gloves are Down 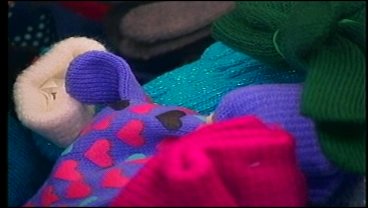 An Ardmore business that collects hats and gloves each year for area children is asking for the public's help.  Meredith Saldana met with them and has more on how you can help keep a child warm this holiday season.

Winter weather is definitely here and a local hotel and restaurant say they need help with donations for kids in Ardmore.

The Holiday Inn and Denny's in Ardmore teamed up with an Ardmore elementary school 3 years ago and started a program called Spread the Warmth.

The program collects hats and gloves for children in 1st-5th grade.

In previous years the employees alone were able to collect and exceed their goal but this year they need your help.

Shelba Rayburn is collecting the donations, "We usually have a generous, ample amount and exceed our goal.  But this year's just a little slow due to the economy and some things that our employees are going through. So we just need a little bit of help."

This year 256 hats and 256 pairs of gloves are needed and so far only 100 of each have been collected.

That's just under half of the number needed.

A small price to pay to help keep kids warm this holiday season.

If you would like to help, the Holiday Inn and Denny's in Ardmore will be accepting donations thru December 10th.