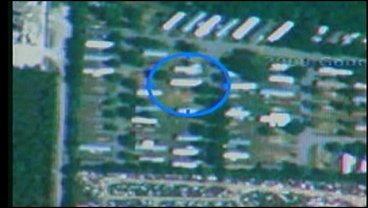 DENISON, TX -- A Denison City Council member's cell phone is stolen and recovered within two hours all because of a tracking software he purchased. Deeda Payton has the details.

Theft happens, but thanks to today's technology, the chances of getting certain items like cell phones back are increasing. And, the simplicity of these tracking programs may surprise you.

Michael Baecht's iPhone was stolen from his desk while he was assisting customers. "My office is in a situation as such somebody can kind of walk through my office."

At first he thought he had misplaced it, so he got online and used his "Apple Mobile Me" software to track the phone through GPS. "I was able to find out pretty fast it was no longer here and had actually been taken."

The software showed that the phone was in a trailer park off Texoma Parkway in Sherman and was sitting still. "We sent a couple of text messages to the phone saying please bring my phone back and I was half tempted to send a message saying you're at this such n such mobile home park, please bring it back."

But instead, he called police and showed them where to find his phone. When police arrived at the mobile home, Baecht was able to make his iPhone beep, much to the surprise of the people inside.

Baecht's phone was taken and retrieved within two hours and beck tracked the whole recovery through his software. "That was pretty assuring when I sat there and refreshed it the last time. I could see that it was at the Denison Police Station, so I knew it was in safe hands then."

The Apple Mobile Me "Find My iPhone" feature can track the phone even if it is turned off. It can also erase information or lock the phone if it gets into the wrong hands.

Because of this software, 26-year-old Codey Lee Roberson of Sherman was arrested for theft and booked into the Grayson County Jail.

Apple is the only company I could find that offers software that consumers can use to track cell phones. Apple mobile me costs about 100-dollars a year.

Baecht did, however, use "Bing Pictometry" to get the up close visuals of the individual trailers.