Grayson Co. Could Change Names of Some Roads 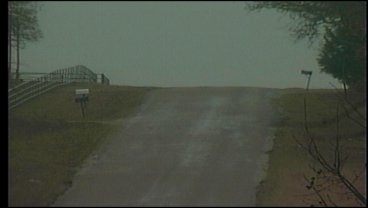 GRAYSON CO., TX --  Monday morning Grayson County commissioners will consider changing the names of more than 40 roads in the county.  It's part of a process that actually started months ago and will affects hundreds of people.  KTEN's Chris Severy explains.

About 2-months ago, commissioners heard a proposal from the Texoma Council of Governments to change the names.  Part of the reason is to clarify the true meaning behind certain road names.  Another is to  eliminate those roads that share the same name with another.  Anderson Rd. is about a mile and a half long in Whitesboro in far western Grayson County.  It's where Ashley Earls has lived for the last 8 years.  She said, "since there is some confusion between Anderson Rd. and Anderson Ln. in Whitesboro and some of the other roads in various areas of the county."  Anderson Rd. is also a couple of miles long in Van Alstyne in far southeastern Grayson County.  The two roads share the same name.  In late September, TCOG representative Peggy Shelley told us the names on those roads and dozens of others needed to change to avoid confusion, especially for emergency responders.  Peggy said, "The person just simply didn't know what part of the county they were in or which of the two duplicate road names they were on."  Here's a look at just a couple of the roads that could have name changes if commissioners give the go-ahead:

Smith Rd. near Luella would become Webb Smith Rd.
Oxford Dr. near Lake Texoma would become Black Forest Dr.
And of course Anderson Rd., the one near Van Alstyne, would be known as Oxford Crossing Rd.

That means Ashley Earls, on Anderson Rd. in Whitesboro, doesn't have to worry about changing her address.  But she feels for those people all over the county who will.  She says, "it's gonna be hard on them to say, well, I live on another road rather than say Anderson Rd.  So I can see that there's gonna be some hard feelings over it."  TCOG spent the past couple of months notifying affected residents about the changes.  If commissioners give the go-ahead Monday morning, the changes will take effect after the first of the year.