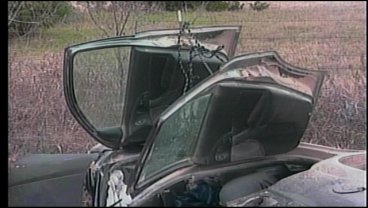 BRYAN CO, OK---A Bokchito woman is taken to TMC with serious injuries following a rollover. The accident happened around two o'clock on highway 70E near Chuck's Corner. 27-year-old Geonna Thompson of Bokchito lost control of her car and struck a culvert, rolling the car on its side. She was pinned for about thirty minutes and taken to TMC in stable condition.