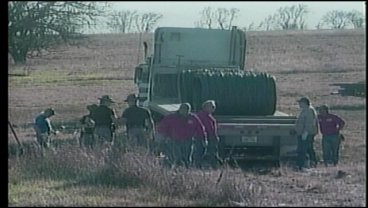 MARSHALL CO., OK---A car accident involving a semi took the lives of three people today. It happened around one o'clock this afternoon on Highway 377 and Highway 32, just west of Kingston.

The 18-wheeler ran off the road and was finally able to stop in a nearby pasture.

Oklahoma troopers say the driver of a car failed to stop at a stop sign and cut right in front of an oncoming semi truck headed down 377.

The driver of the semi was not seriously hurt, and troopers tell us, they do not expect he will face any charges related to the crash.