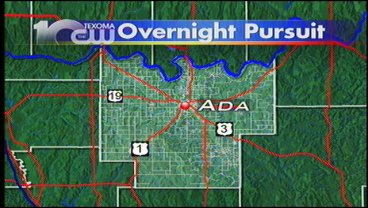 ADA, OK - An Ada teenager is dead after leading police on a pursuit through Pontotoc County.

Authorities say a trooper, James McKee, used his patrol car to spin Kelley's sport utility vehicle and the SUV rolled several times in the median. Kelley was not wearing a seatbelt and was thrown from the SUV after McKee spun it.

Police were trying to pull over Kelley after a caller reported an SUV driving through residential yards, north of Ada.

The trooper has been placed on routine administrative leave pending the outcome of an investigation into the incident.