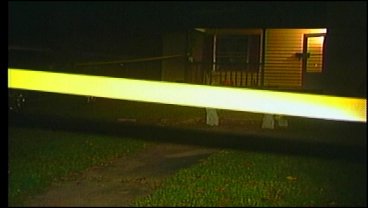 DENISON, TX---It was breaking news last night on KTEN News at Ten: A meth bust in Denison that forced neighbors to keep their windows closed because of how dangerous the situation could have been. Michelle Gillespie reports.

We now know the names of the four suspects arrested when Grayson County Narcotics Investigators ended a three-week long investigation at a home in the 600 block of Woodard in Denison.

KTEN spoke with some of the family members of one of the suspect's today, who say they're not surprised.

Today, the mother and sister of one of the male suspects said this wasn't the first time their family member had been in prison for a drug violation. In fact, they said he was actually just released from a prison in Oklahoma where he had served a six year sentence for a previous meth manufacturing charge.

We of course will keep you updated with new information as it becomes available.