Oklahoma, Texas Among Most Unhealthy States 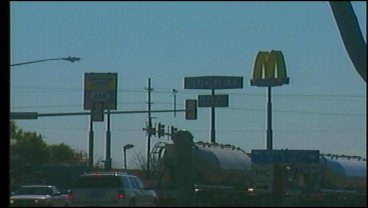 BRYAN CO., OK -- Texoma remains one of the unhealthiest places in the country.  That's according to a new study that tracks a variety of health indicators.  Once again, Texas and Oklahoma rank near the bottom.  KTEN's Chris Severy reports.

These rankings are published by the United Health Foundation.  They look at twenty-two indicators of health.  Those include how many children receive recommended vaccinations, to cancer deaths, smoking rates and obesity.  In both Oklahoma and Texas, obesity is one of the major reasons this region remains one of the most unhealthy in the country.  Most health experts will tell you fast food certainly doesn't help.  And there's no shortage of fast food joints around here.  Jean Fortenberry said, "If you do it in moderation I think you'll be fine."  "I guess that could be possible, but it tastes pretty good," added Earl Endres.  Nutrition expert Tommie James says, "Families have such a busy schedule, I think they feel like they don't have enough time to go home and prepare a healthy home cooked meal."  James runs the family consumer science program with the Oklahoma State Extension Service in Bryan County.  She says all hope is not lost for Texoma residents if they follow some simple steps.  James said, "Plan their menu out for a week, or for the day even, go to the grocery store with a list and shopping the grocery ads."  And of course exercise.  But Texomans have to get that message and take it to heart first.  "You could still eat a big meal and still go play basketball or something and still exercise and it's not gonna do any good," said Fortenberry.  Endres added, "Eat more salad and turkey meat."  Reporter: But you're in line at a fast food restaurant?  "I'm just leavin' from it.  I just had a nice big taco, but it tasted pretty good.  One of the other big reasons why Texoma is so unhealthy is that about 1-in-5 people in the area are smokers.