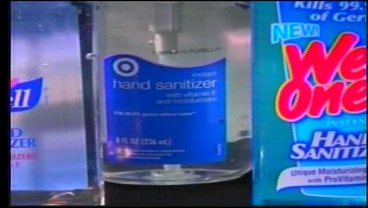 Denison, TX --  There's a potential danger that could be hiding in your child's school.  With H1N1 fears, hand sanitizers are everywhere.  But some school districts have banned a specific type of hand sanitizer because they could pose a threat, especially to young children.  KTEN's Chris Severy reports.

We're talking about alcohol-based sanitizers.  Most of us use them all the time, but we do so without realizing they could be dangerous.  Two years ago poison control centers reported that nearly 12,000 kids under the age of six ingested hand gels.  Mark Tucker with Denison ISD housekeeping and maintenance says, "Four and a half to five years ago, basically all you could buy was alcohol sanitizer."  What many parents don't realize is that most hand gels contain anywhere from 62-90% alcohol.  Two ounces of hand gel is the equivalent of four shots of liquor.  A New England Journal of Medicine report warns of danger that alcohol based hand sanitizers pose as intoxicants to high risk populations like toddlers.  So, many school districts like Denison ISD have either already removed alcohol-based or plan to switch to non alcohol-based hand sanitizers.  "With the scare, we never had any problems in this district, but with the scare and what people were saying on the news, we switched to a non-alcohol sanitizer and it has worked very well for us," added Tucker.  The best advice if you are concerned is to stick to plain old hand washing.  And if you do believe your child has ingested any alcohol-based sanitizer call poison control or 911 immediately.