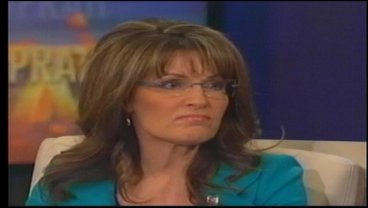 Palin's new book Going Rouge hits stores tomorrow. The 413-pager is already a top best-seller on Amazon.com. Much of the book discusses friction she had during her campaign with John McCain last year. During her Oprah interview Palin said she was often left out of the loop about basic information, then was chastised about it.

"If I were to respond to reporters' questions very candidly and honestly, for instance, 'What do you think about the campaign pulling out of Michigan?' and I think, 'Darn, I wish we weren't. Every vote matters. I can't wait to get back to Michigan,' and then told afterwards, 'Oh, you screwed up, you went rogue on us."

Palin's book tour starts Wednesday. On December 4th, she'll be in North Texas at the Legacy Books in Plano from 11 a.m. until 2 p.m.