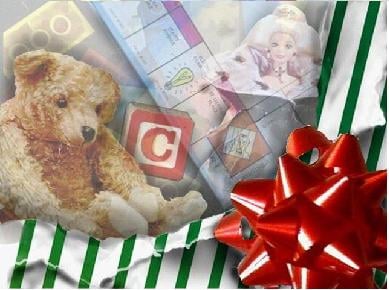 SHERMAN, TX---Tis' the season to give! Beginning tomorrow, the Hagerman Baptist Church in Sherman is hoping that, despite the tough economy, local folks will donate gift-filled shoe boxes to give to underprivileged children world-wide.

It's a charity called 'Operation Christmas Child'. The church has held this fundraiser for the past five years in connection with the world wide organization called Samaritan's Purse.

Hagerman's pastor says they get thousands of shoe boxes full of small toys and paper goods each year. They then ship those boxes to underprivileged children in war-torn countries across the globe.

"When you think about a lot of these kids in other countries. They're maybe in war torn countries and they don't have parents, or they don't have family members so they're not going to receive anything. There are stories of children who've received the box as a child and now they work for Samaritan's Purse because it meant that much to them," says Hagerman's Pastor Neil Alexander.

If you'd like to donate, you're asked to bring a shoe box, filled with anything a young boy or girl, might want---things like toys, paper, pencils--to Hagerman Church on Refuge Road in Sherman, sometime between Monday and Sunday of this week.

Another neat part of the charity: you can even follow your shoe box, track it on-line, to see whose hands, your gift ends up in.

This is a link to the organization's web site: www.samaritanspurse.org