The Number of Homeless Teens Increases in Texoma 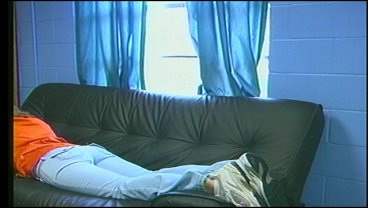 SHERMAN, TX -- There are more than 125-thousand homeless children in Texas alone. 90-percent of those kids are between the ages of one and fourteen. These kids are not just in the big cities. They are right here in Texoma. Deeda Payton visited a local organization that works with our homeless youth.

Homeless teenagers are a growing problem in Grayson County. The North Texas Youth Connection says they provide shelter for anywhere from 60 to 150 kids a year, and they are looking to expand their services.

Most of the kids at the shelter are between the ages of 16 and 19. Many are runaways who left or were forced out of their homes because of abuse, or neglect, or sexual orientation issues that their family can't accept.

The director of the shelter says these teens often go unnoticed because they are what they call "couch surfers." they spend the night on their friends couches rather than on the streets. Many even sleep in their cars. "you don't see them on the street corners. You don't see them under bridges, but they're here. It's kind of the invisible homeless."

The local youth connection provides programs for these runaways or homeless teens including shelter for those ages ten to 17. They say the number of kids in their shelters continues to increase because of the economy and they expect to see more come in as the holidays draw closer. Holidays are times when family conflict inside the home is the strongest because of job loss and high stress.